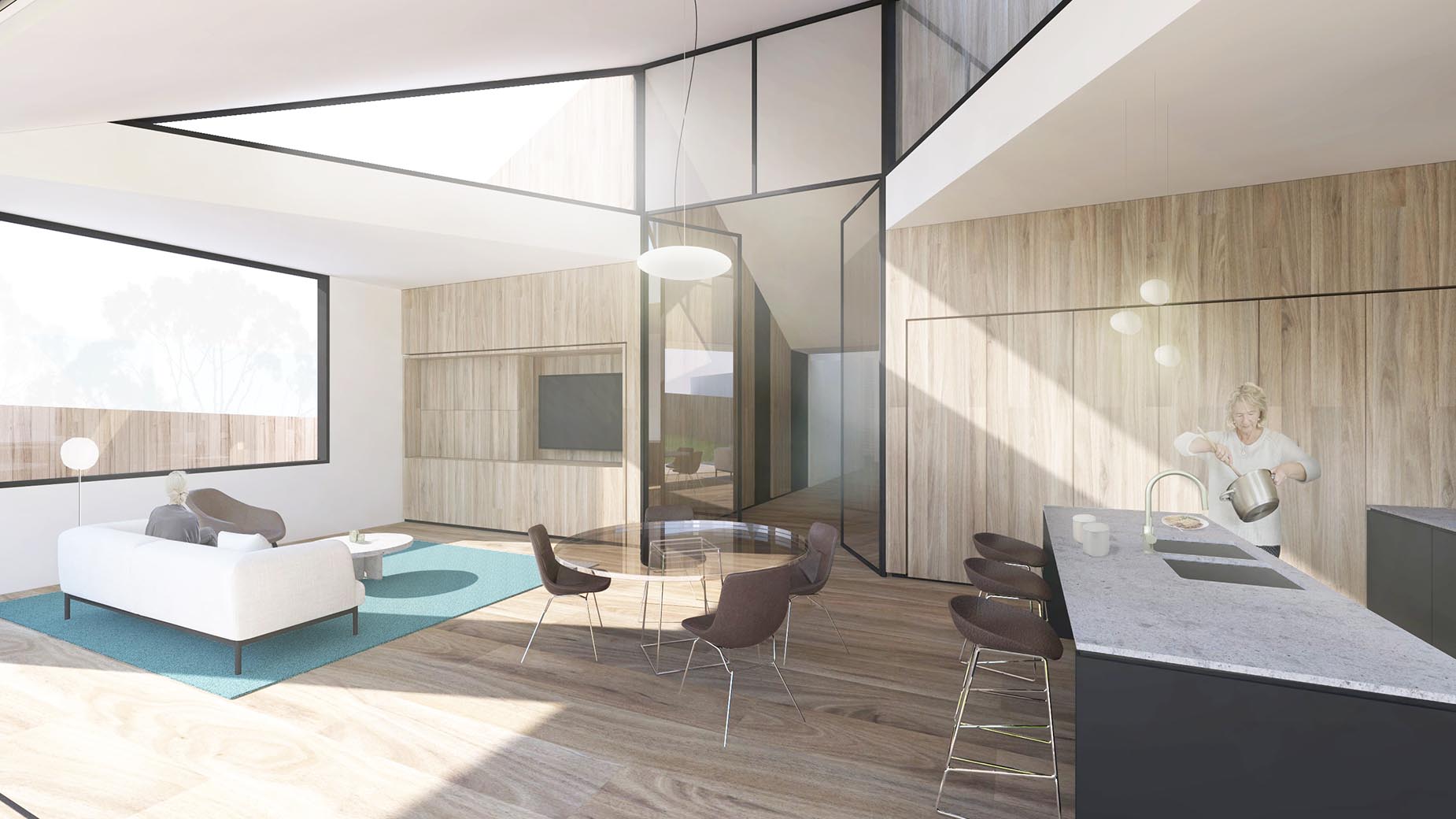 Barrington Avenue is a quiet street on the east side of Melbourne. Byrne Architects were engaged in 2016 to design a simple extension for a growing family, comprised of new bedrooms, kitchen, and a living space that opens out to the rear garden.

With a modest project scope, it was inappropriate to introduce anything that was architecturally imposing or foreign.  Our strategy instead was to look at the qualities of the existing structure, celebrate its simplicity while creating something surprising in the new space.  The roofline of the addition mirrors the existing.  Rather than the traditional dropped ceiling experienced in the original structure, entering the new space the ceiling lifts up, following the pitched roof and opening to clerestory windows which allow natural sunlight to flow through.  Through this singular gesture the house is made to feel free and generous. 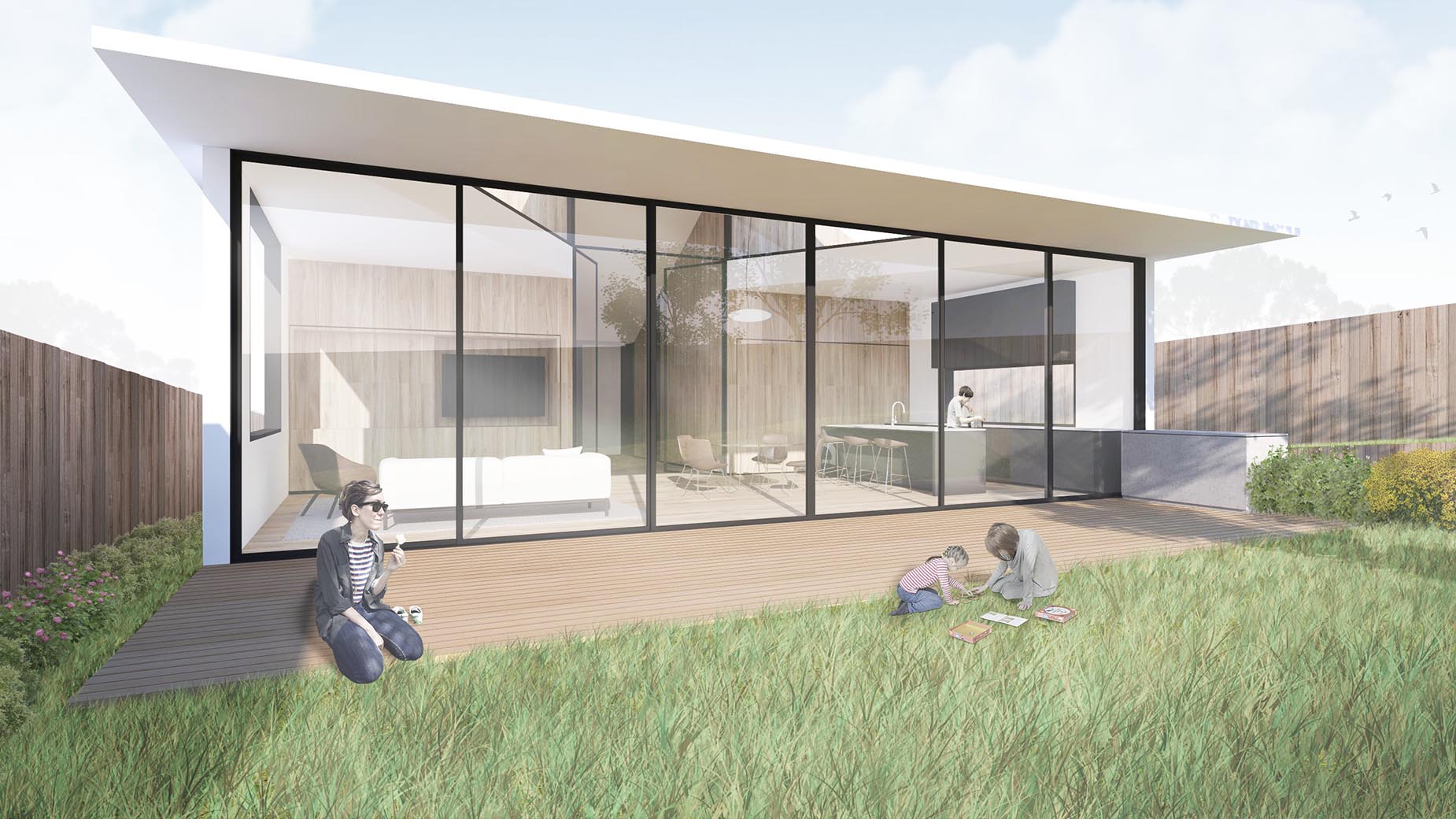